A fall harvest take on the traditional Moscow mule–paired with apple cider and cinnamon. For those of you not aware, Moscow mules are made with ginger beer (a spicy sweet carbonated drink made with real ginger), vodka and lime juice. 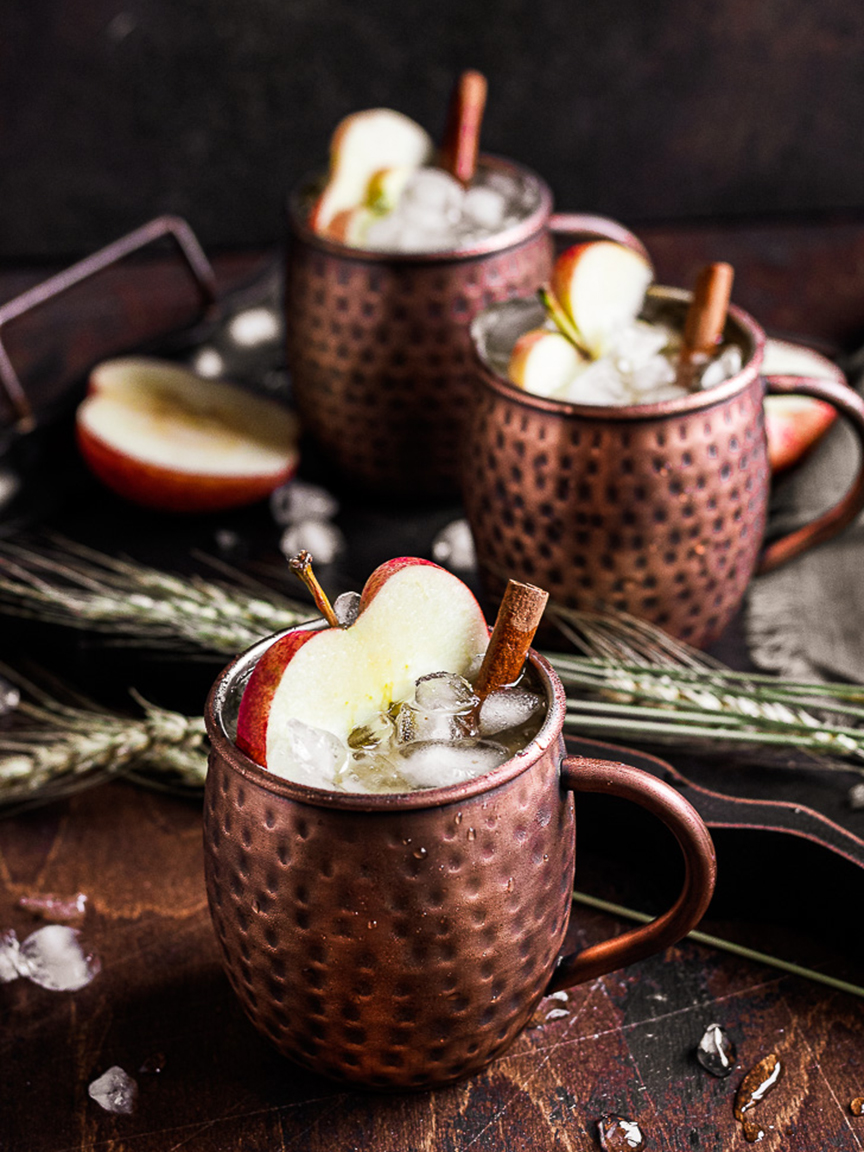 Halloween is just a few days away.  Which means after this weekend, it’s officially the holiday season (smirk)!   Well, at least that’s what television commercials want you to believe.  Yikes!

Seriously though, Thanksgiving is just around the corner.  And although our holidays will look and feel a lot different then they normally do, there’s no reason we can’t treat ourselves to something special to celebrate!

This fall harvest take on the traditional Moscow mule, is one of those treats!  For those of you not aware, Moscow mules are made with ginger beer (a spicy sweet carbonated drink made with real ginger), vodka and lime juice.  Alone, ginger beer can be a little overwhelming to the taste buds. But paired with apple cider and cinnamon, this Moscow mule is a match made in holiday heaven!

And who wouldn’t love sipping their cocktail out of these adorable copper mule mugs heaping with ice and garnished with sliced apples and a cinnamon stick?!  They’re perfect for small, intimate gatherings especially around a fireplace.  Besides being adorable, they do seem to serve a real purpose in keeping the drink at the perfect temperature.

You want to know what I really love about this drink?  Its simplicity and purity.  Made with just fresh apple cider, cinnamon, ginger beer and vodka (or you can make it a mocktail by leaving out the alcohol), it’s got none of that icky artificial stuff you can sometimes find in holiday cocktails.

In fact, why wait until the holidays, when you can enjoy this drink now and all season long! 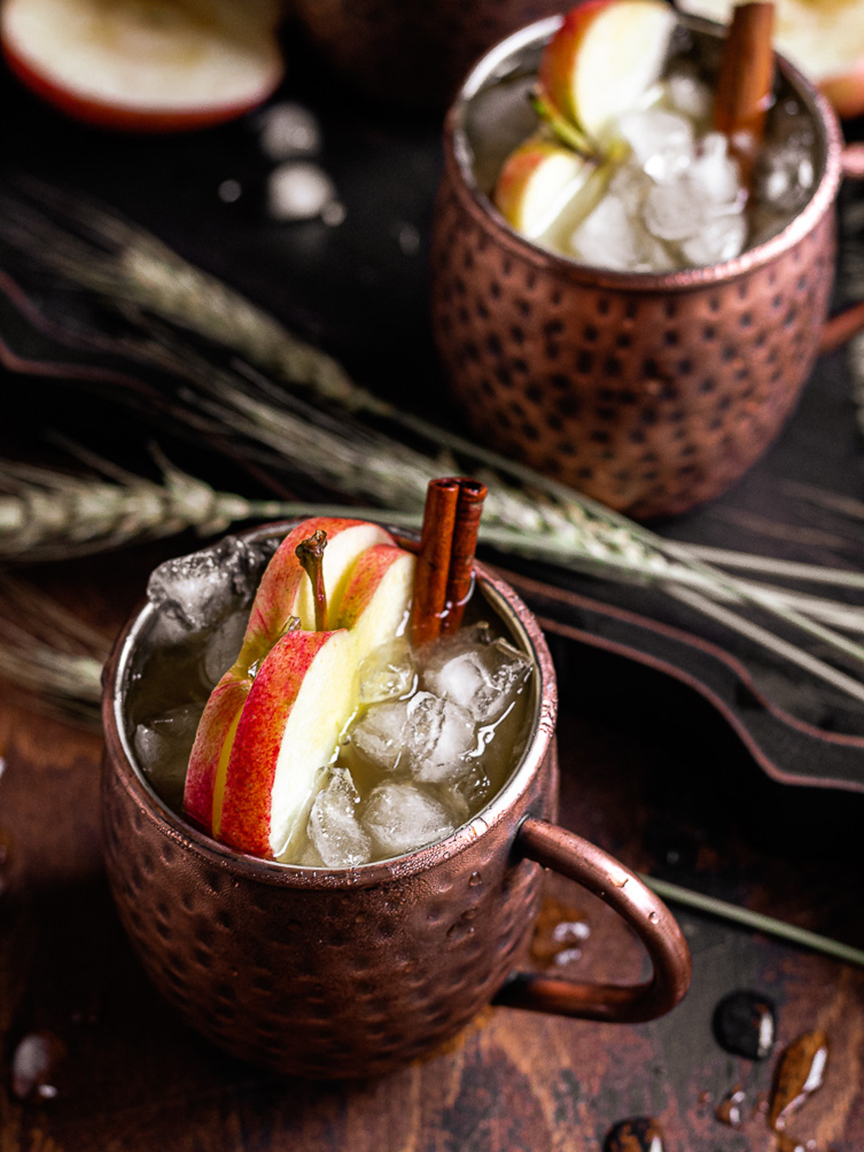 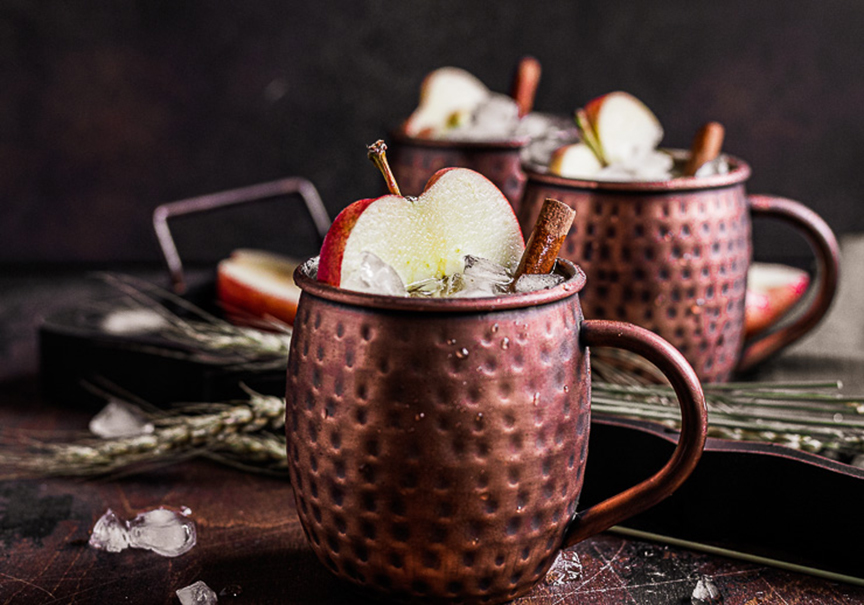 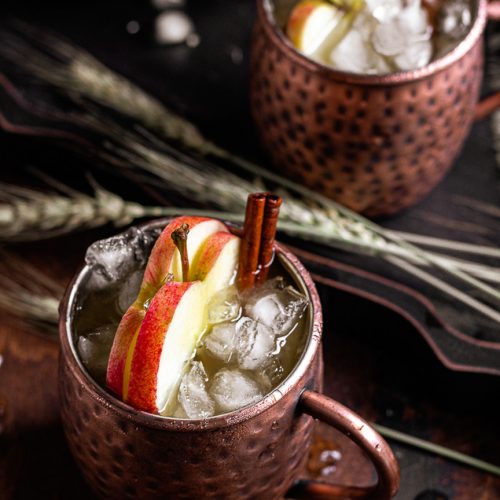 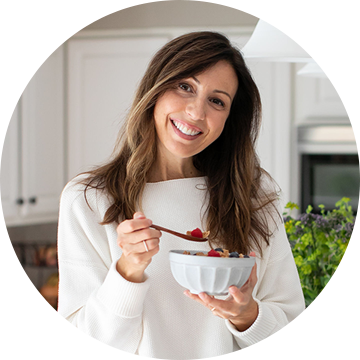 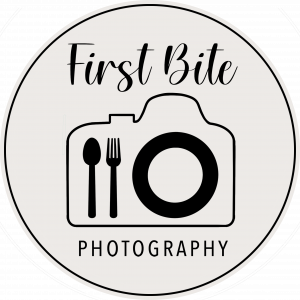 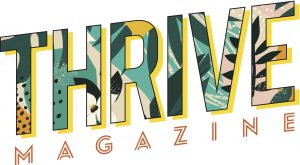